Rare is the event the outcome of which will determine the menu for millions of Americans across the country on a day and time certain – Sunday, February 7th. We are at the edge of such an event. Actually two sporting events.  This Sunday’s NFL Conference Play-offs will pit the Indianapolis Colts against the New York Jets in the AFC game and the Minnesota Vikings against the New Orleans Saints in the NFC Game. The winner of each conference game will confront one another in the Sunday, February 7th Superbowl XXIV (44). 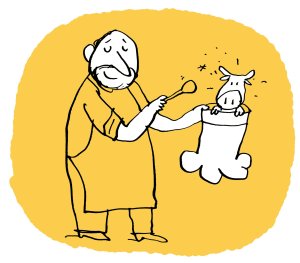 With my hometown Philadelphia Eagles eliminated, who I am rooting for in this weekend’s match-ups is a matter of culinary preference. Each region of our United States has made its particular contribution to our collective culinary culture. Surely Minnesota’s dairy farmers have added mightily to our creamy richness. What would a Philly cheesesteak be without the cheese? And those who till the rich soil of Indiana help fill many a bread basket. New York? Well, it is hard to identify a particular culinary tradition in our country’s premiere melting pot of cultures and cuisines.

Look next week for my At Home Superbowl XLIV Planner and plan to entertain on Sunday, February 7th.

Thank you for visiting.

Filed under Entertaining at Home, Menus